“Whoever wishes to foresee the future must consult the past; for human events ever resemble those of preceding times…this arises from the fact that they are produced by men who have been, and ever will be, animated by the same passions.” ~ Niccolò Machiavelli

In this week’s Dirty Dozen [CHART PACK]  we look at earnings season data, high valuations, bullish expectations, and record levels in sentiment and positioning… we then talk about what this means going forward, look at some inflation drivers, and reiterate our bull case for precious metals, plus more…. AAII Net is at its highest level since the Jan 18’ blow off top. And TD Ameritrade’s IMX is at its highest level since then as well. All signs suggest this Buy Climax will be followed by an extended — any likely painful — consolidation following this blow off top. I’m personally starting to slowly build positioning in miners and related plays. EXK, which I pitched back in December, continues to be one of my favorite silver miners. It’s climbed 37%ish since, but still has a long ways to go. The chart below is from back in December. 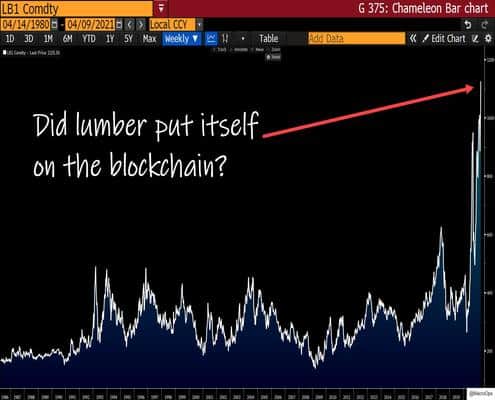