Is Gold About To Crash?

“A trader’s job is to take losses. A losing trade doesn’t imply you did anything wrong. The hard part about trading is that you can do the right thing and still lose money. There is not a direct feedback loop that tells you, ‘good job.’ I only have control over the orders I place. I don’t have control over the outcome of trades.”  ~ Peter L. Brandt, via Unknown Market Wizards

In this week’s Dirty Dozen [CHART PACK]  we look at some fresh-off-the-press monthly charts, view oil from a number of angles, talk bitcoin and gold, and pitch the long case for a high growth tech stock with crowded shorts, plus more… “Demand continues to accelerate the market rebalancing. The rally in oil prices this year remains driven by fundamentals, with a continued faster decline in inventories than even we expected (just like last month). This deficit remains driven by demand as we revise once again OECD demand levels higher as realized data in Europe, the US and Mexico for late 2020 exceeded our expectations (with EM demand for December comforting us in our recently raised forecasts). OPEC+ production in turn came below our expectations in January driven by sequentially lower exports from Saudi – even before its unilateral cut – as well as Nigeria, Angola and Kuwait.” 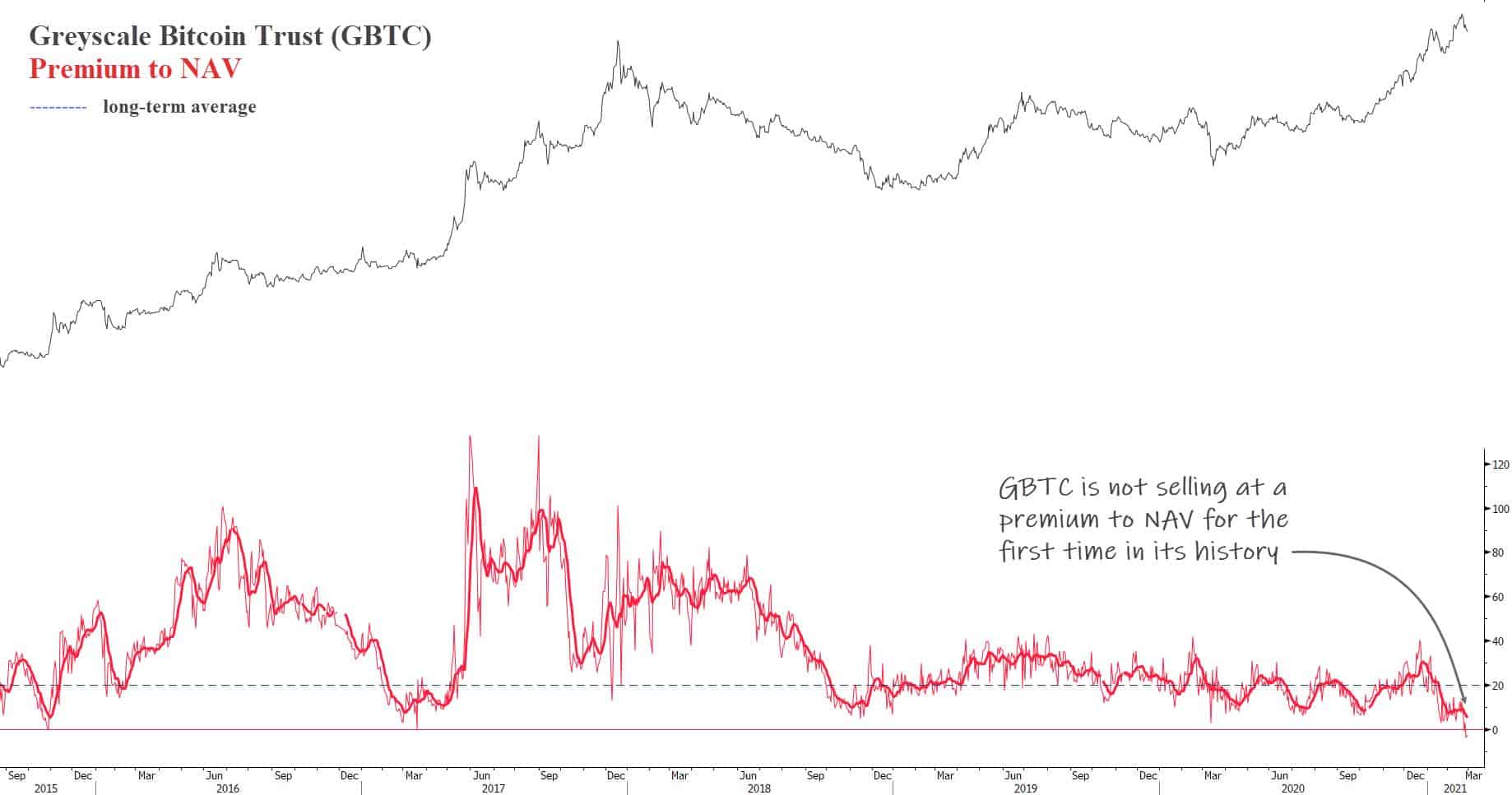 Sentix writes “Bitcoin lost significant value over the course of the week. In the current sentix survey, we now measure a clearly gloomy sentiment, which is already close to a lower turning point. A stabilization is thus approaching. However, we have not yet measured a reversal in investors’ value perception. A rising value perception would be desirable for a trend reversal scenario.”