Financial Conditions Are About To Get More Restrictive… [DIRTY DOZEN]

Implementation and flexibility. You need to implement a trade in a way that limits your losses when you are wrong, and you also need to be able to recognize when a trade is wrong. George Soros has the least regret of anyone I have ever met. Even though he will sometimes play up to his public image as a guru who knows what is going on, it is in no sense what he does as a money manager. He has no emotional attachment to an idea. When a trade is wrong, he will just cut it, move on, and do something else. ~ Colm O’Shea via “Hedge Fund Market Wizards” by Jack Schwager

In this week’s Dirty Dozen [CHART PACK], we talk lagging monetary policy, sucking liquidity, slowing earnings, and rising market risks. We then go through some monthly charts, and cover the DXY at a major technical point. Some gold miners inflecting higher, and a natty producer coiled for another run higher, plus more… “…a Fed pivot is likely at some point given the trajectory of global M2 (in USD). However, the timing is uncertain and won’t change the trajectory of earnings estimates, our primary concern for stocks at this point.

“Bottom line, in the absence of a Fed pivot, stocks are likely headed lower. Conversely, a Fed pivot, or the anticipation of one, can still lead to sharp rallies. Just keep in mind that the light at the end of the tunnel you might see if that happens is actually the freight train of the oncoming earnings recession that the Fed cannot stop.” 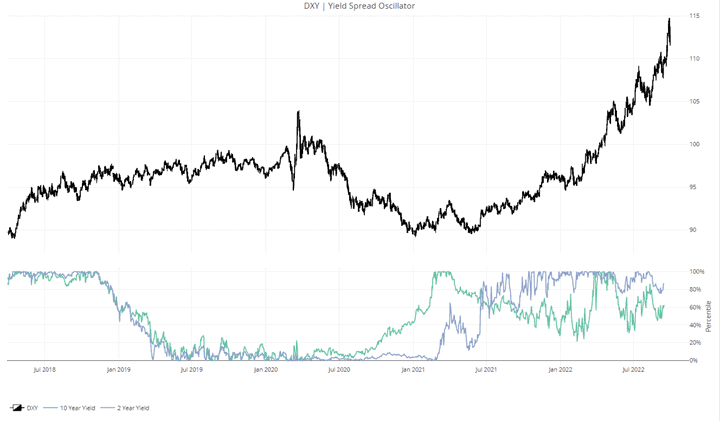 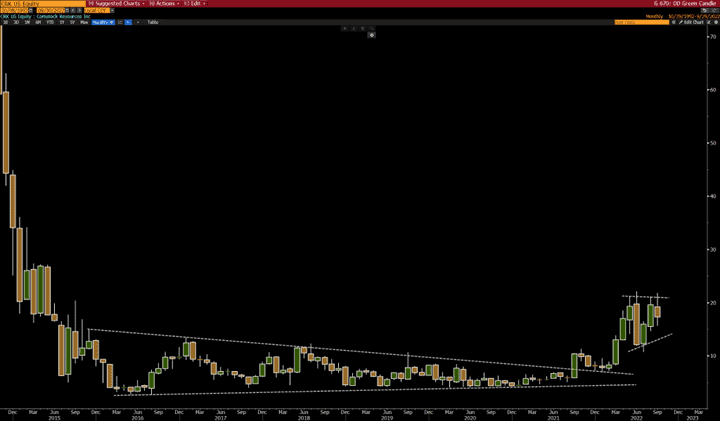