I’m leaning short on the equity markets. I think the upside/downside [risk here] just doesn’t make sense to me when I have so many central banks telling me what they are going to do, This is a tough level [for the S&P 500] to talk about robust returns. [Central banks] are going to keep rates high for a while… Don’t ignore what these guys are saying. ~ David Tepper via Barrons

In this week’s Dirty Dozen Sixteen [CHART PACK], we pull way back and look at the really big picture. We dive into how a number of various cycles are syncing up (geopolitical, debt, conflict & cooperation, real vs. financial assets, etc…). And we lay out why the next decade(s) won’t be like the last.

**Note: Enrollment to the Macro Ops Collective starts today and will be open until the end of the week.

We’re entering an entirely new macro regime. One that will be vastly different than anything we’ve experienced over the past 50 years. It will no doubt be a target-rich environment for those macro traders and investors prepared and equipped to navigate it.

If you’d like to join us so we can tackle this new regime together, make sure to enroll in the Macro Ops Collective. We’ll be shutting down access Sunday, January 1st at midnight.

You can learn more about that Collective and what it can do for your investing here. 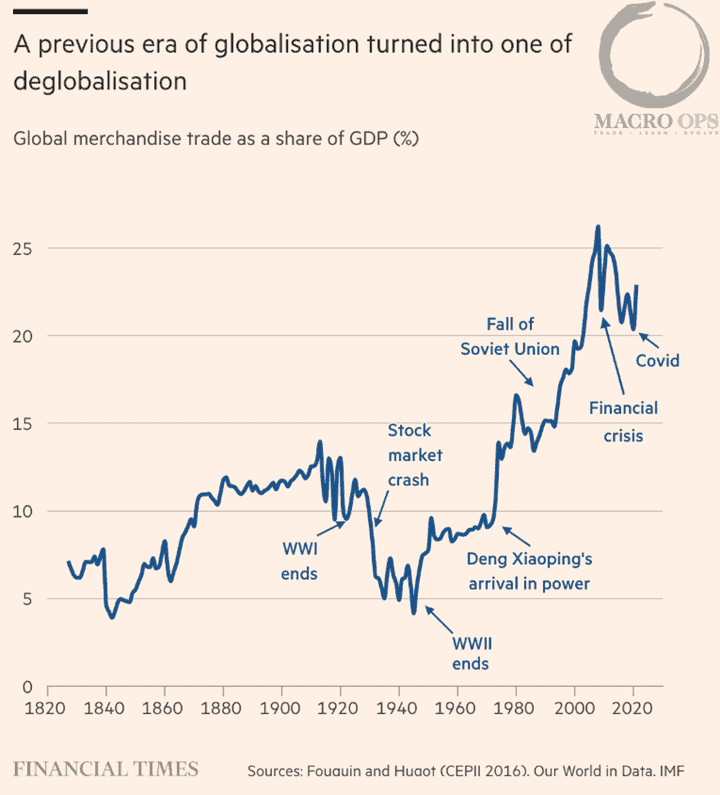 But, as we can see, this trend doesn’t move in a straight line. It’s turning over now and the last time we saw a prolonged period of stagnation was during the previous period of deglobalization / major deleveraging cycle. **Note: We’re in the midst of a major macro regime shift. One that is only just starting to play out.

If you’d like to join us to tackle what is sure to be a Golden Era decade for global macro, make sure you enroll in the Macro Ops Collective today. Enrollment will remain open until Sunday, January 1st.

The Collective is our premium service that offers institutional-level research, proprietary quant tools, actionable investment strategies, and a killer community of dedicated investors and fund managers from around the world.

If you have any questions about our service and what it can do for you, make sure to click here to schedule a free call with us.