Being prepared, on a few occasions in a lifetime, to act promptly in scale in doing some simple and logical thing will often dramatically improve the financial results of that lifetime. A few major opportunities, clearly recognizable as such, will usually come to one who continuously searches and waits, with a curious mind, loving diagnosis involving multiple variables. And then all that is required is a willingness to bet heavily when the odds are extremely favorable, using resources available as a result of prudence and patience in the Past. ~ Charlie Munger

In this week’s Dirty Dozen [CHART PACK] we look at the latest prints of some leading US economic indicators, then talk SPX technicals, some Democratic polling numbers, virus growth, and BofA Global Fund Manager Survey, plus more. Let’s dive in… 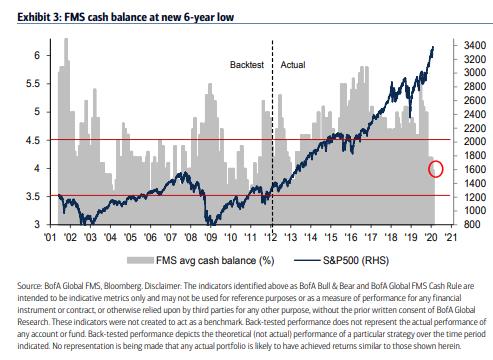