“The most powerful word in the markets is “despite.” If you hear or see a comment like, “Despite the increase in oil inventories being much higher than expected, oil prices closed higher,” that is the tape telling you what is going to happen. Everyone saw inventories were much higher than expected. Why did the market close up? The tape knows more than anyone else” ~ Jason Shapiro in Schwager’s Unknown Market Wizards

In this week’s Dirty Dozen [CHART PACK] we look at the state of the Hang Seng, global market regimes, creeping weakness in small-caps, and trend exhaustion in large ones, then finish with a look at short-term oversold conditions in oil, plus more… 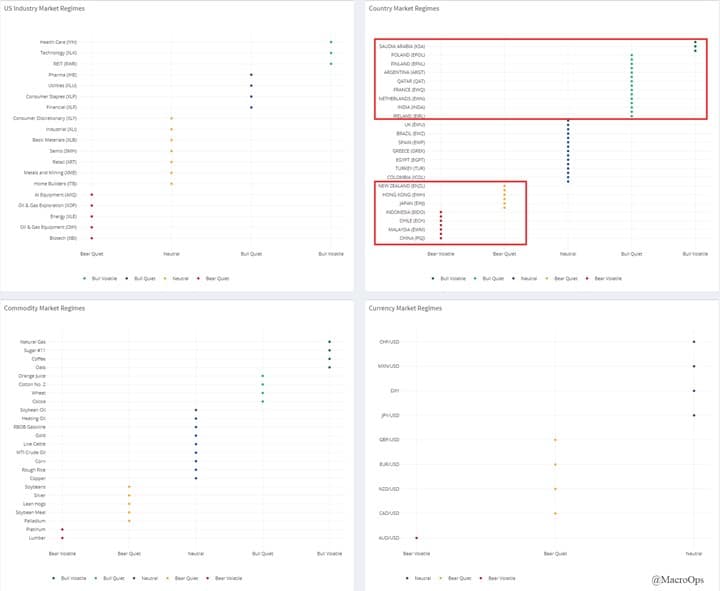 “Other than making good the damage done by the frailty of the financial system, the War on Terror was by far and away the largest collective undertaking of the United States elite in the last twenty years. That is what the numbers so carefully compiled by the left critics of the war show. It is indictment enough.”