“If you are a successful Game player, it can be a fascinating, consuming, totally absorbing experience, in fact it has to be. If it is not totally absorbing, you are not likely to be among the most successful, because you are competing with those who do find it so absorbing. ” ~ Adam Smith, The Money Game

In this week’s Dirty Dozen [CHART PACK]  we look at relative growth dynamics and what it could mean for the US dollar before diving into the latest BofA Bull & Bear signal, some more record flows data, a near record in the VIX, cheap downside protection that’s on offer, the crypto market cap / sentiment picture before finally ending with a mining company that packs a great technical setup, plus more… 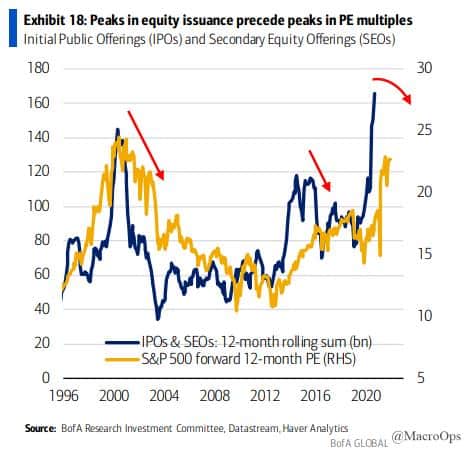 Trilogy Metals (TMQ) is a mining company with large interest in copper, zinc, lead, and gold/silver projects in Alaska. The stock is breaking out of a 7-year cup-n-handle (chart below is a monthly). Seth Klarman’s Baupost Group is one of its largest investors.